Bryce Ives leads some of regional Australia’s most significant game-changing projects. Bryce is the longstanding chief Facilitator of the ABC’s Heywire Regional Youth program (twelve years), the AgriFutures Horizon Summit (nine years), the AgriFutures Rural Women’s Awards (five years), and is Artistic Director of the Fairfax Youth Initiative.  Bryce is a renowned creative leader, storyteller, facilitator, broadcaster and producer.  Underpinning Bryce’s work is a fundamental belief in transformation through education; Bryce is the Vice President of Public Affairs of Torrens University Australia and Think Education, and of the Media Design School in NZ. 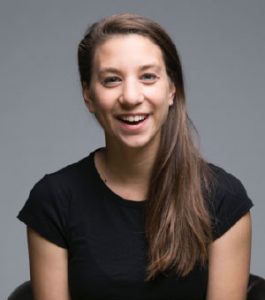 Chelsea Zeller is a comedian, actor and theatre maker. She has devised and performed new works for The Malthouse Theatre, The Butterfly Club, Melbourne and Adelaide Fringe Festivals, and has toured with Regional Arts Victoria. She is a graduate of the Victorian College of the Arts and has trained in improvisation and sketch writing at The Second City Chicago and Improv Theatre Sydney. Her recent shows at Melbourne and Sydney Comedy Festival had sold out runs, and she is set to appear in the Aussie feature ‘Watch the Sunset’ in local cinemas (including Showbiz Cinemas Swan Hill on August 18th). She regularly facilitates programs for Belvoir Education and the Foundation for Young Australians. This is Chelsea’s fourth year working with the Fairfax Youth Initiative and she is thrilled to step into the role of co-artistic director. Laura Burzacott is an actor, singer and comedian, committed to telling new Australian stories and creating entertaining cabaret and music theatre. Laura is a driving force behind cabaret acapella group Ginger and Tonic, touring Australia in the award winning ‘Desperate and Dateless’ and ‘For Love or Money.’ As a founding member of the Present Tense Ensemble, Laura performed in ‘Chants Des Catacombes’ (Melbourne/ Adelaide/ Castlemaine seasons), ‘Margaret Fulton Queen of the Dessert’ (Theatre Works) and ‘Ricercar’ (Theatre Works). Other credits include ‘Blue Angel’ (big hART and Tasmanian International Arts Festival), the national tour of ‘Long Gone Lonesome Cowgirls’ and ‘Standing on Ceremony: the Gay Marriage Plays’ (Ellis Productions) and ‘Los Nachos Trios’ (Ballarat Cabaret Festival & Noosa Cabaret Festival). Laura has trained in New York at the Lee Strasberg Institute, completed a Certificate III in Performance and Practices at the National Theatre and regularly trains with Verve Studios, the Present Tense Ensemble and Fragment 31. Jordan graduated from the VCA BFA: Music Theatre course in 2014. In 2015 Jordan directed Old Carey Performing Art’s ‘Footloose’ receiving a Guild nomination for Best Director. Under her production company ‘The Dizzy Biz’ she has produced four original works. ‘It’s Done’ (2016 Melbourne International Comedy Festival), ‘Elevate!’ (2017 MICF) ‘How To Be Sexy’ (MICF 2018) and ‘The 2007 Wonthaggi Blue Light Disco’ (Nominated for best comedy at 2018 Melbourne Fringe).  Jordan has been shortlisted for various comedy writing awards such at the 2019 Rebel Wilson Commission and Screen Australia’s Smart For A Girl: ROAR initiative. She performs stand up in Melbourne and was a RAW Comedy state finalist in 2018. Kayla graduated from the Arts Academy at Federation University Ballarat in 2015. Since then she has been a part of the creation of many wonderful silly works involving fart jokes, original music and fabulous collaboration. In 2016, Kayla returned to study at the John Bolton Theatre School, a 4-month intensive course focusing on physical and comedic theatre. In 2017, Kayla played the lead role in David Williamson’s new play ‘Credentials’ as part of La Mama’s 50th year celebration. 2018 brought along beloved children’s author Elizabeth Honey’s play ‘That’s Not a Daffodil’, touring throughout regional Victoria. As well as this, Kayla has performed in both the MICF as well as Melbourne Fringe, receiving nominations for Best Comedy (The 2007 Wonthaggi Blue Light Disco) and Best Cabaret (Death & Other Things). Since the beginning 2017, Kayla has had the utmost pleasure of being offered a job as a Clown Doctor, working in hospitals as a way to ease a child’s pain and spread joy in and amongst the hospital setting. Kat Kats is a Melbourne based writer and Ian Potter Cultural Trust grantee. Writing for performance credits include Scotch and Handsoap (Melbourne 2017/Brooklyn 2018), Alcestis (Queenscliff Literary Festival 2019), Disgust (La Mama 2018 & Abbotsford Convent 2017) and (in)tent (Melbourne Fringe Festival 2016). More recently, Kat has worked on secondment on Sibyl Kempson’s 12 Shouts to the Ten Forgotten Heavens at the Whitney Museum of Modern Art in New York. In 2019 Kat will be one of the first artists in residence as part of the FLOAT project, a floating artist studio in far East Gippsland Victoria. As one of the keynote artists on this year’s Fairfax Youth Initiative, Kat will lead the development of a new film script. Kat holds a Bachelor of Psychological Science, a Bachelor of Arts with Honours in English and a Masters in Writing for Performance from the Victorian College of the Arts. Elias is a graduate of the Master of Writing for Performance, Victorian College of the Arts (2017). He is the recipient of the Jim Marks Postgraduate Scholarship, University of Melbourne (2017). He is an alumnus of the Fresh Ink National Mentorship (2015), and the National Studio (2016) at Australian Theatre for Young People. His plays have received public developments through Cybec Electric, Melbourne Theatre Company (2019), Apocalypse Theatre (2016), and Australian Theatre for Young People (2015). He has been shortlisted for the Next Stage Residency, Melbourne Theatre Company (2018), the National Script Workshop, Playwriting Australia (2015/16), and the Silver Gull Play Award (2018). As an actor, he appears as a lead role in the feature films Ambrosia (Winner of the Special Jury Prize, Gulf of Naples Festival 2015), and The Interlude (dir. Holly Brindely, post-production). Other screen credits include Tom in A Shared House Season 2, and While They Were Sleeping, Four Corners ABC. His stage credits include Joseph Cardin in The Children’s Hour VCA, Daniel in Weekend Quartet VCA, and Louis in Angels in America Darling Quarter Theatre. He executive produced, co-wrote and appeared in the feature film Ambrosia. He directed A Portrait of Anna Moraova for ABC Open. Lachlan is currently completing his Honours year of a Bachelor of Film and Television at Swinburne University. With a strong interest in Directing and Cinematography he has worked on a variety of short narrative films including music videos, documentaries and narrative fiction. His strong connection to Tasmania has lead to completing two projects there, a documentary which is currently in production and a short biographical film. More recently, Lachlan has worked on the documentary CHEN (2019) which showcases the life of Australian dancer Chengwu Guo’s rise from poverty to principal artist of the Australian Ballet. Along with his experience as a Cinematographer and Director, Lachlan takes a huge interest in the post-production side of film making, having graduated with a minor in visual effects and edited his own documentary One Man’s Odyssey (2019) which will premiere later this year.